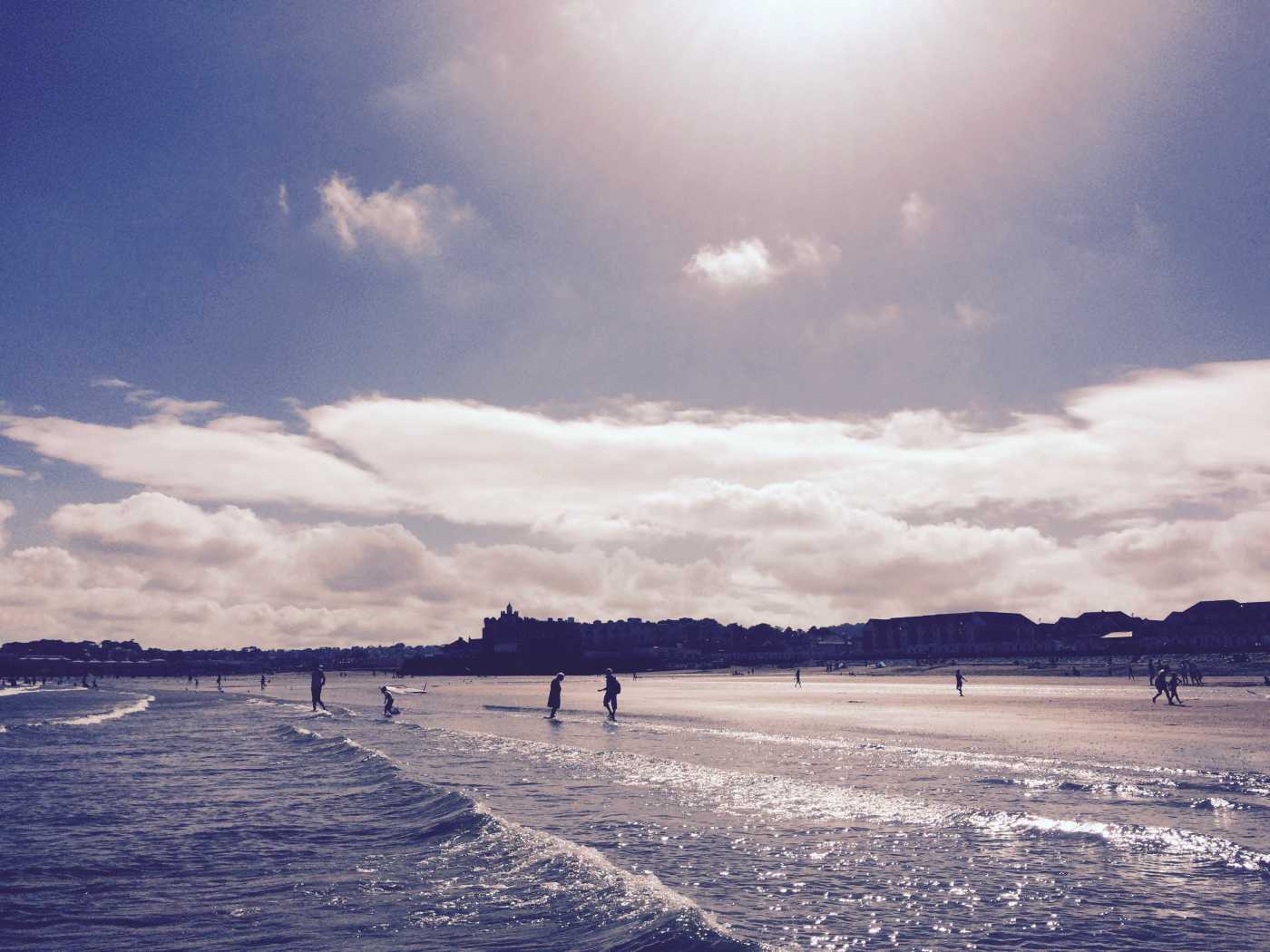 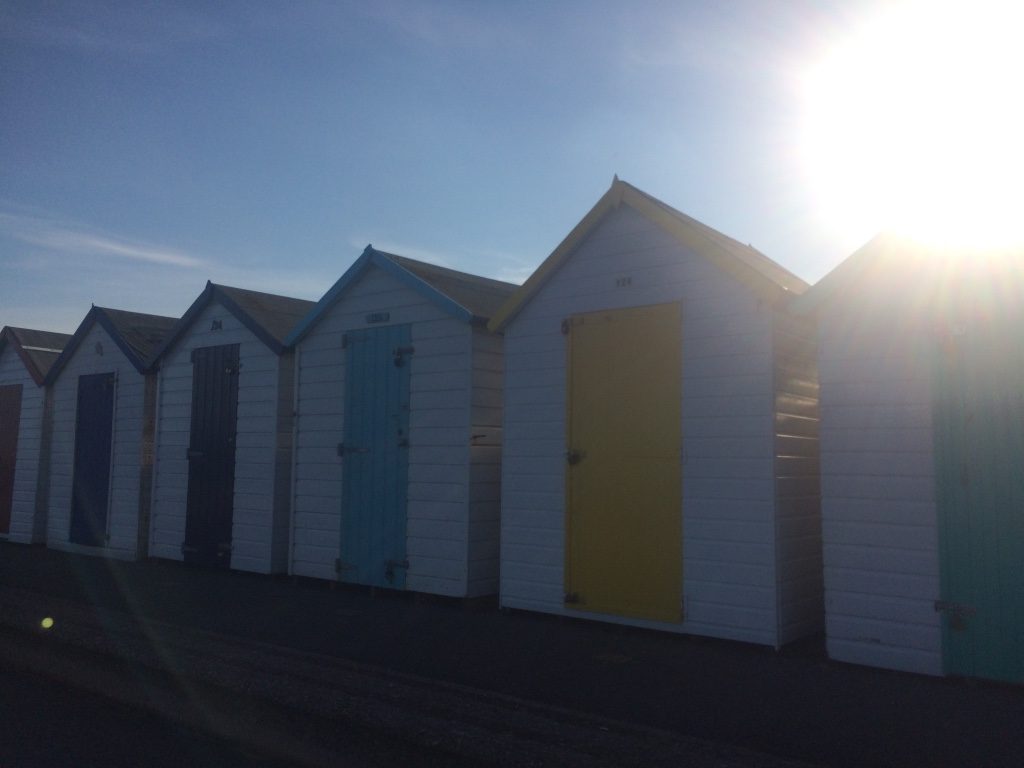 This, my summer – it’s nearly gone. In October our beach hut is unceremoniously forklifted away. It won’t return until April.

No more fumbling with locks. No more buckets and surfboards spilling out as you open the door.

No more salt-laced coffees made on the gas burner or pasta meals eaten watching the waves crash to shore.

No more sand-crusty feet stomping on the rug and wetsuits dripping on the floor. 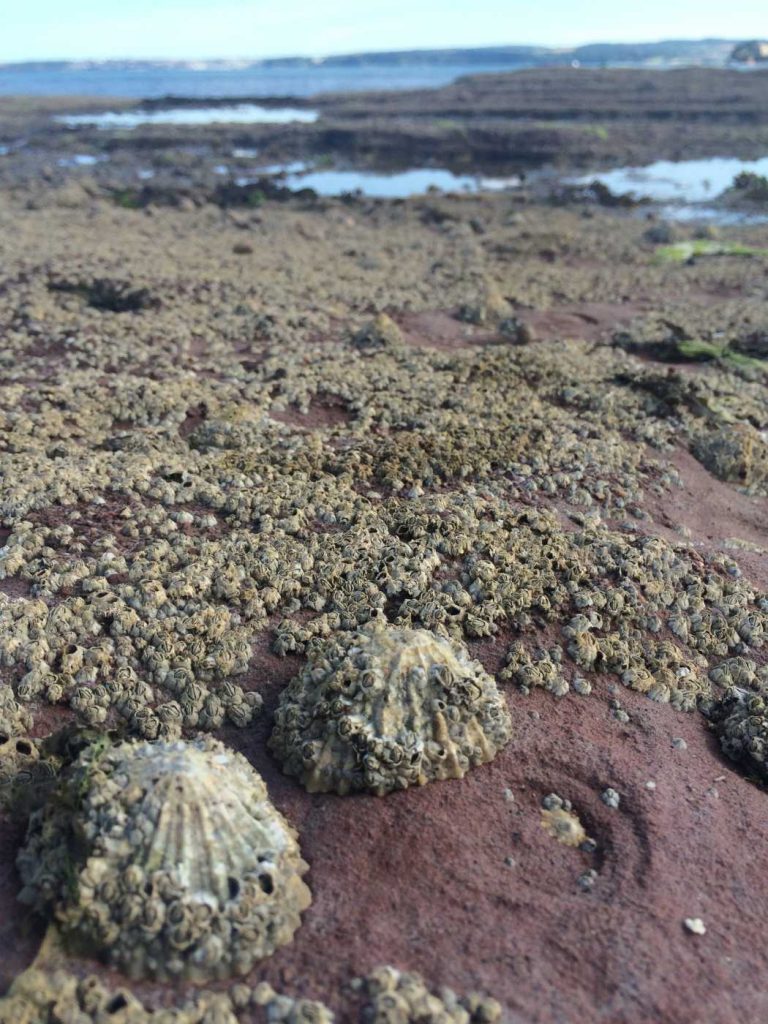 For now though, it’s still summer.

While our beach hut is there, these last few weeks of September still hold infinite possibilities – post-school swims and crabbing expeditions, kayak adventures to hidden coves.

Some Septembers are scorchers. Often, the only sign of autumn’s arrival is the cooler air and lengthening shadows – the roofs of the beach huts casting hazy triangles over the fish and chips. 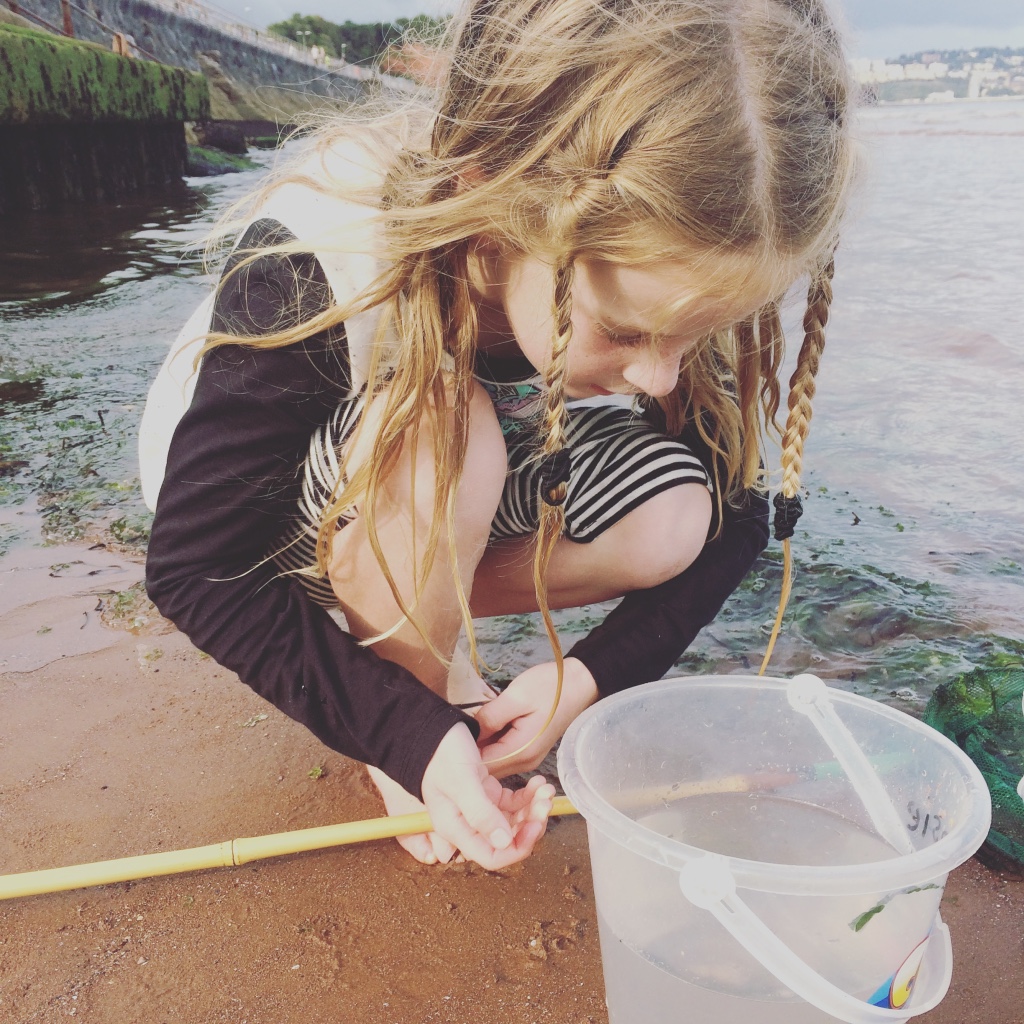 But still, there’s an urgency about September.

Though you’re in denial, convincing yourself that summer isn’t over yet, you know that in a few weeks you’ll be packing up. In a matter of days you’ll be boxing up the stove, clothes, towels and wetsuits, fishing nets, the cutlery and mugs, the Tupperware boxes of biscuits and cereal and the pasta for the late night meals beside the sea.

We’ve had a lot of those this year – cooking on our little stove, only leaving when the sun starts going down.

It’s been one of those summers where the best time of the day is after four or five. The days have opened up as the hours go on – the sky clearing of cloud, wind dropping to leave the sea flat-calm and mirrored.

This time, the beach emptied, is the quiet time – the best time to swim or snorkel, to listen to the sounds of the sea. 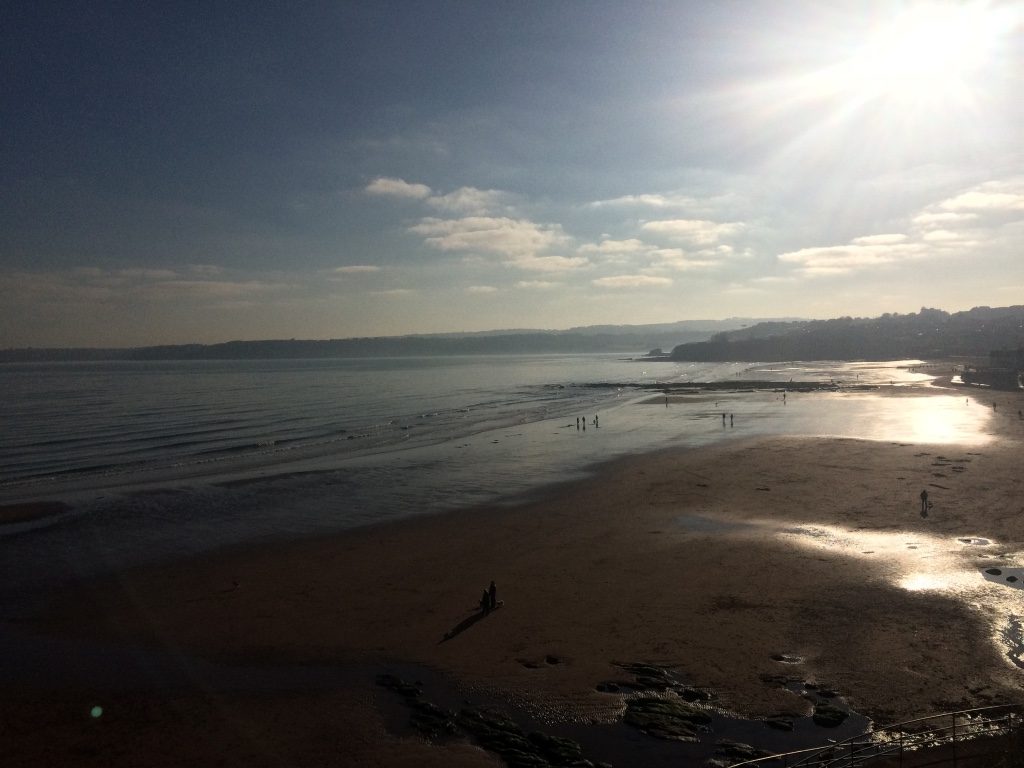 It’s hard, giving it all up, because this life, the beach hut life, is a community.

For six months of the year, you’re part of a tribe. People come together year after year. Families have had huts here since the 1930’s (mine included) – they’ve seen each other’s children grow up, watched the next generation appear.

You share common ground, derive the same certain pleasure of creating a mini-home looking out to sea. Whatever the weather, people open up their huts, gossip with their neighbours, put the kettle on, swim in the sea.

I often hear people saying they don’t know what British culture is, but I see so much of it here – the eccentricities, the determination to enjoy the summer days come rain or shine. 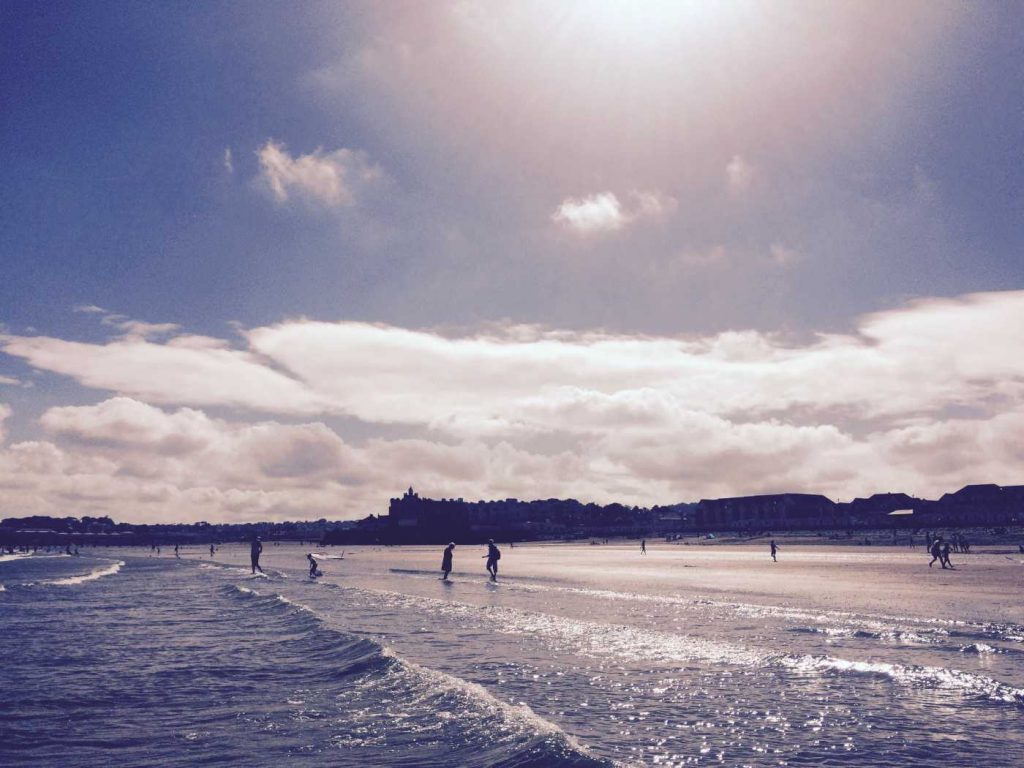 My daughters keep asking: ‘when do the beach huts come back?’

I say April, and watch their faces drop. To them this seems impossibly far away. In the thick of it, it’s impossible to believe that the seasons will ever change.

They can’t imagine that these endless summer days, where the hours blur into one another – one continuous stream of shell-collecting, swims and sandcastles and crabbing, will become something else entirely. 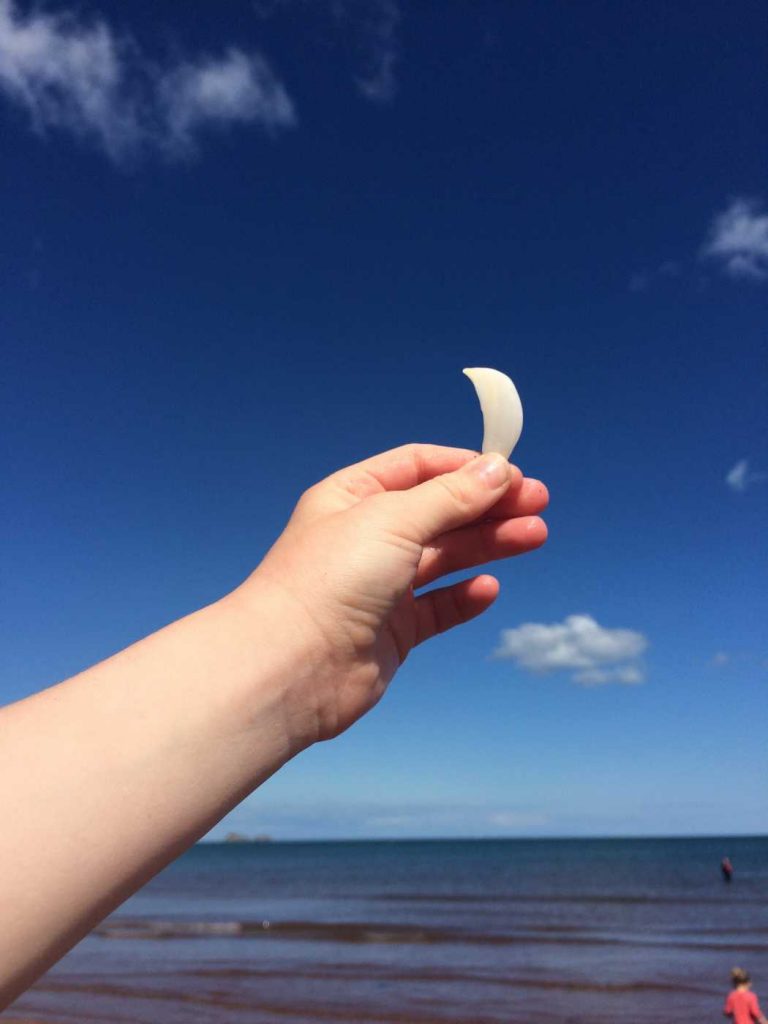 Besides, they don’t need to think about it yet. There’s still a few weeks left. The last few weeks of summer.

Beach bum yesterday in her element...#saltyhairdon

We couldn’t get out on our early walk yesterday

Tuesday again and another early walk in gorgeous S

An almost-heart shaped sea glimpse from our walk t

Daughter has inherited my love of eclectic ear app

I just love May and June - all the greenery in suc

Bowl of summer-salsa deliciousness after a long wr

Beach bum all the way...

Evening beaches are the most beautiful...

This error message is only visible to WordPress admins

Error: API requests are being delayed for this account. New posts will not be retrieved.